WHAT IS THE LARGEST SCALE ORDNANCE SURVEY MAP?

What is a map scale?

A map scale indicates the size relation between anything in the actual world and its portrayal on a map. In other words, if a map is scaled at 1:50 000, a distance of 1 centimetre on the map equals 50 000cm (500 m) in the actual world.

On MapServe we provide mapping in various scales ranging from 1:200 to 1:10000 for larger areas required. This can be selected using our Papersize tool after registering and logging in to your account.

The words 'big scale' and'small scale' are used to define various scales. However, they can be perplexing:

Large scale maps feature a low scale number, such as 1: 1250. The features displayed on this map appear large.

There is no universal definition of what scale ratios are huge or tiny.

What is the largest OS map scale?

The Ordnance Survey map displays fixed physical features, usually at street level, as well as descriptive information and symbols. The Ordnance Survey map often depicts things more than 30cm in height, such as walls, fences, hedges, or building outlines, with solid black lines. Dotted black lines indicate features less than 30cm high, such as kerbs or the intersection of two separate surfaces. Dotted black lines can also depict overhanging elements, such as the contour of a structure above ground surface level or the location of a street underneath it.

Whatever the feature, keep in mind that its portrayal is a snapshot in time; the map indicates that there existed a feature in a certain place at the time the survey was carried out and is displayed to the degree of precision and completeness that the surveying and mapping techniques of the time permitted.

The quantity of information provided on the Ordnance Survey map varies depending on the scale. A bigger size map may reveal more detail than a smaller scale map; hence, a 1:1250 map is surveyed to have more information and detail than a 1:2500 map. A little feature, such as a 1 metre jut in a structure or a small dog-leg in a fence, can be represented at a size of 1:1250, but it may not be possible to display the same feature at a scale of 1:2500. Another example would be when two ground features, such as a hedge and a fence, are too near together to be plotted appropriately at scale. 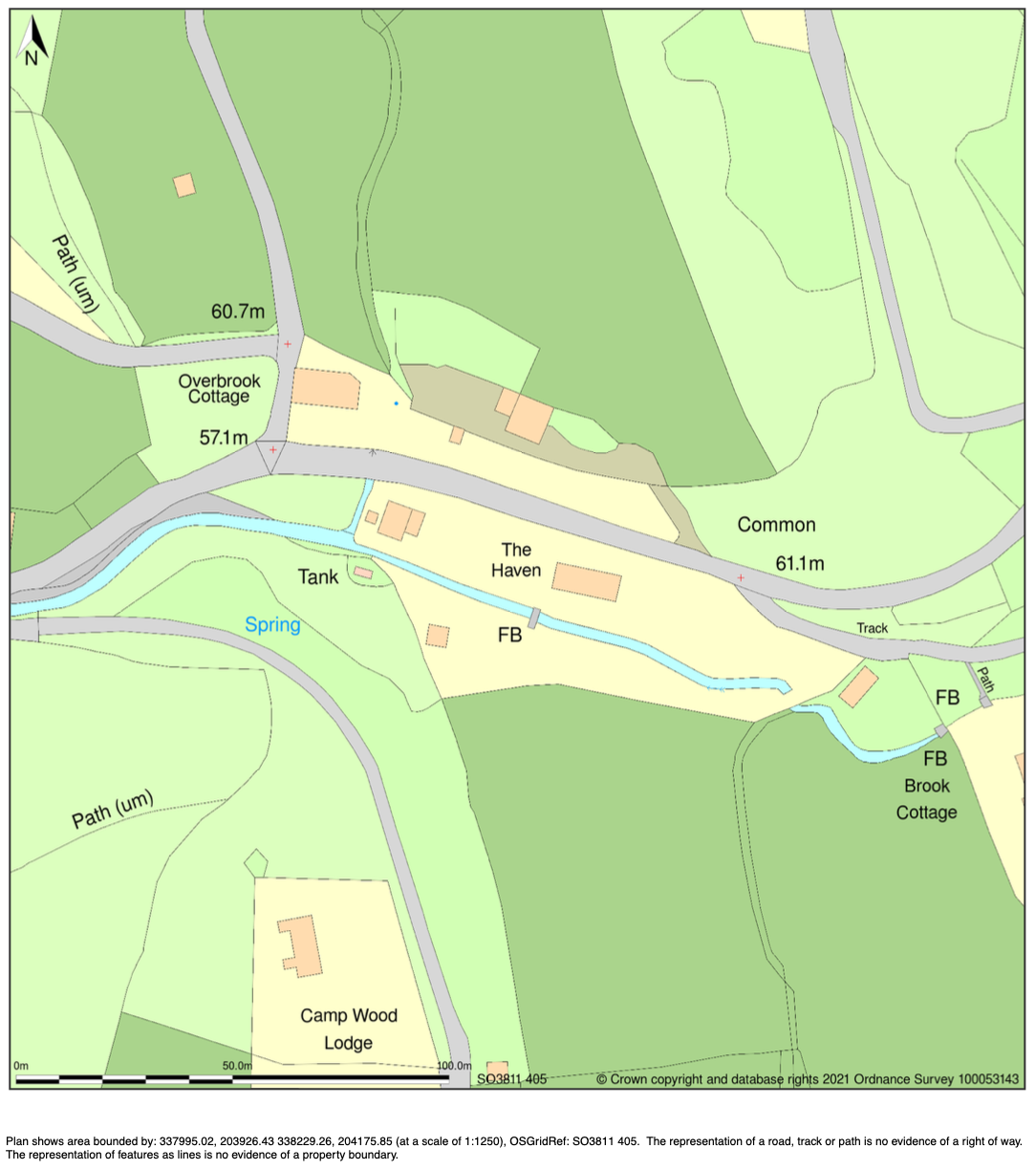 OS Road Maps: 1:250000 scale, depicts highways and towns but few individual features over a broad region. This is also provided by MapServe.

OS Explorer Maps: 1:25000 scale, depicts several characteristics such as pathways and buildings across a limited region.

OS MasterMap: 1:1250 scale, displays the location of individual structures or small regions. This is provided on our website and it is the best map for planning applications and widely used by all architectural professionals.